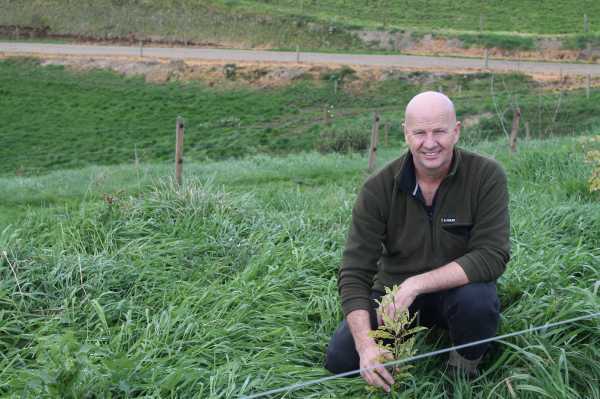 He might have made his name as a world champion shearer but now Sir David Fagan has his sights set on sustainable dairy farming.

As a farm owner through the Wolverstone Farm Partnership just outside Te Kuiti, Sir David has found himself involved in an additional partnership with the Waikato Regional Council and the Waikato River Authority.

His 200 hectare property is in a priority catchment and has attracted funding assistance from both the council and the Authority.

Sir David Fagan says he has been keen to front foot environmental issues since owning the farm.

“We want to make the property more sustainable and we have made a tremendous start with the help received from both the council and the Waikato River Authority,” he says.

After year one of a three year project, the Fagan dairy farm has retired 12 hectares from grazing, made up of steep banks and gullies. In total so far, there have been 22,500 mixed native species planted on the property, including 17,500 manuka. Other accomplishments include eight kilometres of fencing to exclude stock from plantings.

Sir David says retiring and planting land unsuitable for grazing has already produced a win/win, with no loss of farm production. Project costs are being met approximately three ways, between landowner, Waikato Regional Council and the Authority.

The project has two more years till completion meaning there is still more work to be done but exciting times ahead.