A HISTORY OF THE WAIKATO RIVER AND ITS CATCHMENT 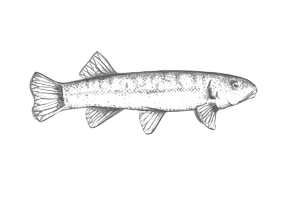 The Waikato River and its region has been populated for at least the past 700 to 800 years. The river provided physical and spiritual sustenance for large populations of Maaori living along its catchment. Throughout that time it was a source of food, including eels, fish and plants. It was also an important waka route. A well-known saying about the Waikato River uses taniwha as a metaphor for chiefs: ‘Waikato taniwha rau, he piko he taniwha, he piko he taniwha’.

(Waikato of a hundred taniwha, on every bend a taniwha). This saying attributes the power and prestige of the Waikato tribes to that of the river. With the arrival of European settlers in the 1840s and 1850s the Waikato River was the main access route inland for traders and missionaries.

During this time the increasing number of Maaori land sales to the new arrivals was causing concern amongst tribal leadership. In 1858 a number of Maaori chiefs of iwi including Ngati Maniapoto, Ngati Tuwharetoa and Raukawa placed their tribal lands under the mana of Waikato-Tainui chief, Pootatau Te Wherowhero, as a guarantee against their sale to the colonial government. Pootatau was proclaimed King of the tribal grouping at his Ngaaruawaahia marae that year.

This marked the formation of the Kingitanga movement. However the passage of the New Zealand Settlements Act in 1863 authorised the confiscation of land (raupatu) belonging to any tribe who were judged to have rebelled against the British Queen’s authority.

The European settlement of Hamilton, which had long been the Maaori settlement of Kirikiriroa, was formally established on 24 August 1864, when Captain William Steele came off the gunboat Rangiriri and established the first military redoubt. In the wars that followed, some 4,869 sq km of Maaori land was confiscated. While some of that land was later returned to Maaori, the land area finally confiscated totalled 3,596 sq km. After the land wars, European settlers cleared and developed the land. From the 1880s dairy farming was the main agricultural activity in Waipaa and Waikato areas. Small towns grew near dairy factories.

The Waikato River and its tributaries were used for transport and Hamilton, on the Waikato River, became a busy centre of economic activity. The last hundred years have seen sweeping changes to the region’s landscapes where people have settled, used and created resources. In the early 20th century, most of the hill country was developed for farming. After World War II more service towns and industries thrived, and small settlements grew around the hydroelectric dam constructions along the Waikato River

Native timber was logged north and west of Lake Taupo. Pinus radiata planted in the 1920s and 1930s started today’s extensive plantation forestry industry. Tokoroa’s population more than doubled in the ten years between 1961 and 1971 as people moved to jobs created by the demand for wood products.

Many new arrivals were Maaori, as jobs and Government housing policies encouraged Maaori to move to towns and cities. Government incentives during this period promoted sheep and cattle farming and bush clearing, so more land was put into farms and forestry. Much of this was marginal land and could only be farmed with the use of fertiliser.

In the 1970s economic recession, changing markets and automated production of industries meant less employment in the coal and timber industries. The number of people living in Huntly and Tokoroa fell. In the 1980s, New Zealand’s economy was restructured.

This meant many industries were deregulated or no longer run by the government. During this time farming subsidies were removed and, as a result, farming had to become more effiicient which meant more intensive use was made of the land with increased stocking rates and more application of fertilisers. Over time, the human activities along the Waikato River and the increasingly intensive land uses through its catchments have degraded the Waikato River and reduced the relationships and aspirations of communities who identify with the Waikato River. This degradation of the River and its catchment has severely compromised Waikato River Iwi in their ability to exercise kaitiakitanga or conduct their tikanga and kawa.

These objectives encompass all people of the River and their relationships with it – through their communities, industries, recreation, social and cultural pursuits. It will take commitment and time to restore and protect the health and wellbeing of the Waikato River. Only by us all working together collaboratively and cooperatively will the Vision be realised.